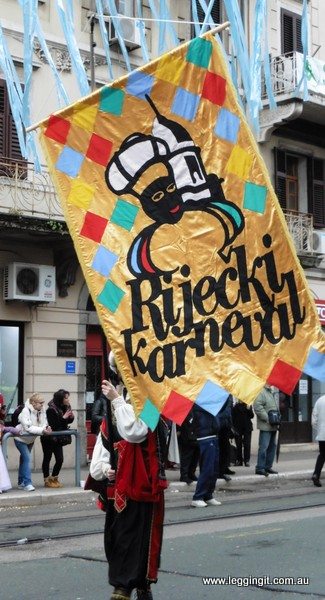 Everyone has heard of the Rio de Janeiro Carnival in Brazil. It’s famous throughout the world and averages about 2 million people a year. After reading an article about Rijeka Karneval and talking to a few people along the way we decided to head back from Montenegro.  People may call us a little crazy to backtrack 750 kilometres from Montenegro to Rijeka in Croatia just for Karneval. We were wondering the same ourselves, because all up we’re adding an extra 1500 kilometres onto our trip but as you will see it was well worth it. 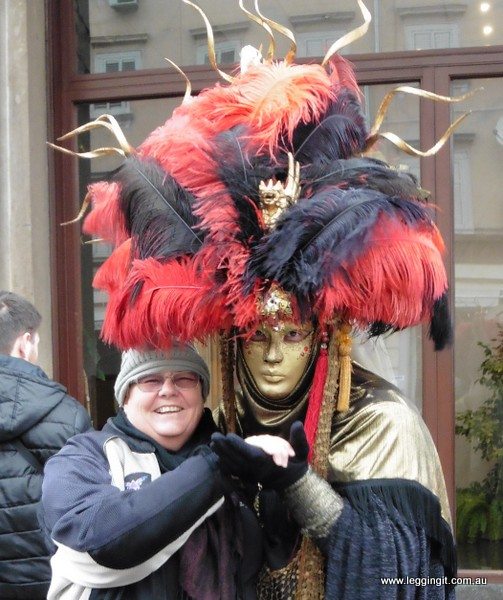 Carnival has been around for hundreds of years and can trace its roots back to pagan festivals. It coincides with the end of winter when people would feast on all the food left over before it spoiled. It became a Christian festival coinciding with the Sunday before Ash Wednesday.

In medieval times parades and masquerade balls were held throughout the Italian Peninsular with the Venetian Karneval being the most famous. From here Karneval spread throughout Europe and eventually to America.
As much of Croatia was part of the Venetian Kingdom it too celebrated carnival and Rijeka was the most famous in the area. Aristocrats came from Austria, Hungary, Germany, Russia and all over Europe for Rijeka’s Karneval.
After almost a 100 year hiatus Rijeka Karneval was resurrected in 1982, with just three participating groups. These days there’s over 100 groups which participate in Karneval coming from far and wide.

The Karneval season begins with Rijeka’s Mayor handing over the keys of the city to the Karneval Master. The festival starts around St Anthony’s Day and includes several events, before the big finale of the Grand Parade. 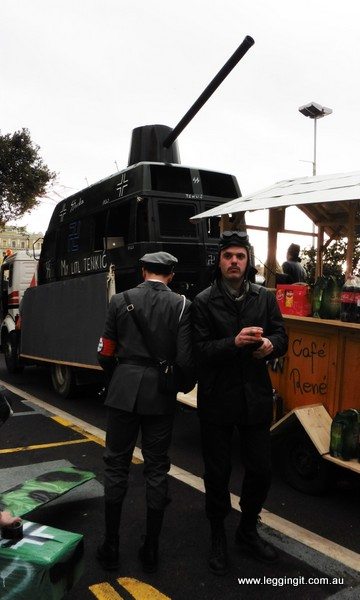 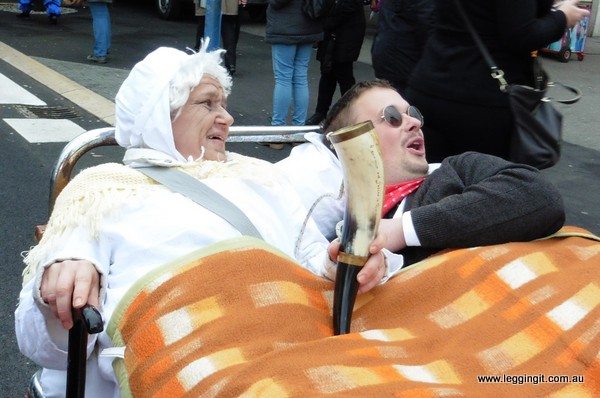 Prior to the parade all along the Riva, floats are parked in preparation. Meanwhile all the cafes and bars which front the Riva are filled with Karneval participants. The mixture of floats represent local groups, businesses and groups from all over the region. There were some with political messages, some with traditional themes and others just for fun. it was funny for us when we recognised an “Allo Allo” themed float in Croatian, who would have thought they would even know about that program?

One regular participating group in the Karneval is the Zvončari. Dressed in blue and white striped shirts, white pants and covered in sheep skins the Zvončari make a hell of a noise. With huge cow bells strapped to their waists they wander through the streets crashing into each other. One of the local customs is Zvončari travel from village to village making an unholy noise scaring away the evil spirits of winter and allow the arrival of Spring. 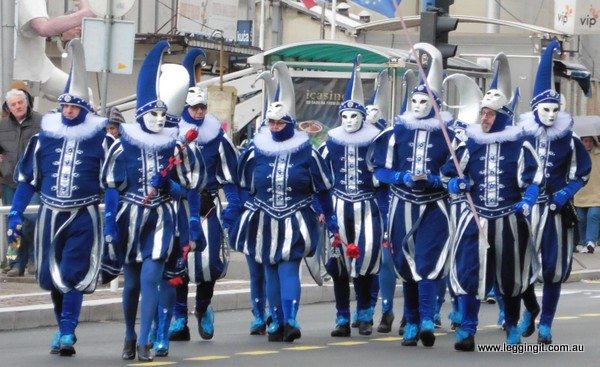 There’s a glimpse of Rijeka history throughout the local cultural groups which are part of the grand parade. Masked ladies in beautiful ball gowns and gentlemen in frock coats take you back to the 18th century. Magnificent masked jesters dressed in violet and white, bands, different cultural groups and groups dressed in traditional costume add a real flavour to Karneval. With bands playing, music blaring from floats, it’s a time to party, drink, and have fun. 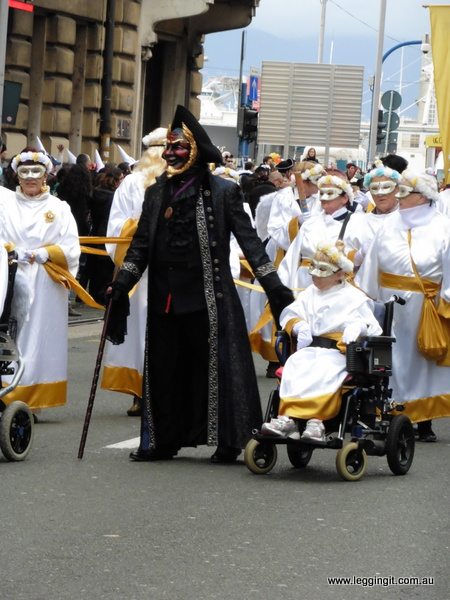 One thing which we thought was wonderful was a group in wheelchairs, it just proves how inclusive Karneval is.
The Karneval Parade passes along the Riva before turning into the Korsa (the main pedestrian area). Outside the Town Hall the Mayor, Karneval Queen and other dignitaries review the parade. Music pumps from the DJ’s and the Karneval groups dance.

The final act of Karneval is on the following Tuesday the burning of the “Pust”. A straw figure sometimes named after a politician who is blamed for all the troubles of the previous year. The Pust is taken out into the harbour where it is burned.

We spent about seven hours at Karneval and returned home exhausted with the parade still going. The party went late into the night and surprisingly the next morning as we were leaving Rijeka the streets were clean. The city really does a magnificent job putting on the festival and cleaning up afterwards.

So was a 1500 kilometre round trip worth it? Hell yeah we are already talking about how we can get back for next year.

Have you been to Karneval before let us know your experiences?