Today we took a ride down to Seaton Delaval to check out Seaton Delaval Hall. It’s a Georgian Mansion built in the 1720’s by Admiral George Delaval who was extremely wealthy, hiring the most famous architect Sir John Vanbrugh to design the building. 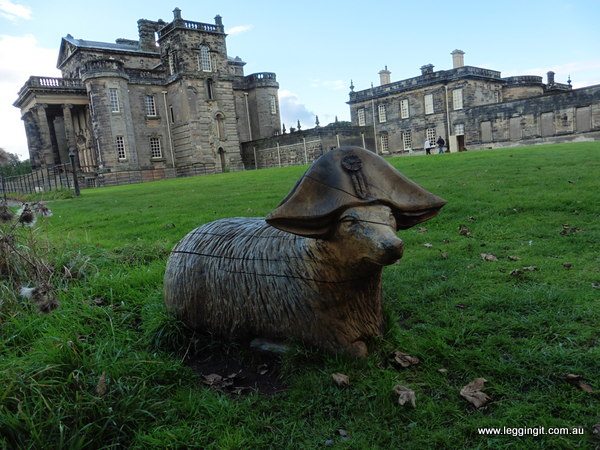 The Admiral died before the mansion was complete while out riding drunk on his horse. An obelisk marks the spot where he fell from his horse apparently, he was dragged in the stirrup for about 1 mile before he died.

The estate was inherited by his nephew Captain Francis Blake Delaval who when he inherited was a newlywed. This changed with the couple ending up with 12 children!

The new tenants were renowned for their massive parties, gambling, practical jokes, and scandalous behaviour.
The Delaval family were entrepreneurs and made lots of money through the estate and through salt production, coal mining and glass production. In the late 1700’s John and Thomas Hussey Delaval made improvements to the local harbour and created a sluice to improve ship loading at the nearby port. 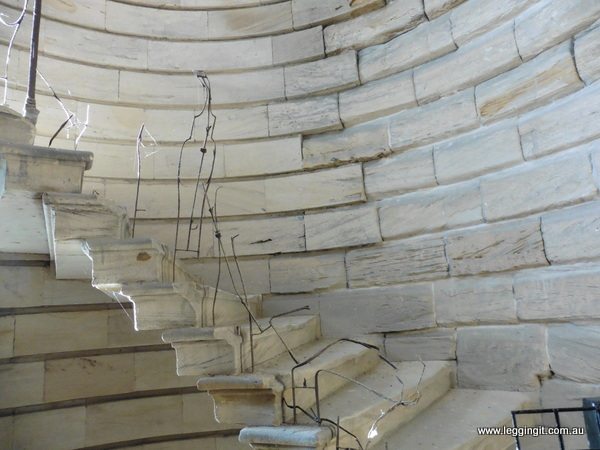 The mansion was expanded to accommodate the Delaval family however in 1822 disaster struck. A fire started in one of the wings and quickly spread throughout the main building. The building was left abandoned for 40 years before it was stabilised and re-roofed. The hall was then abandoned again until the National Trust after fourteen months of fundraising bought Seaton Delaval Hall in December 2009. The first job for National Trust was to prevent the central block from collapsing and make the building safe. 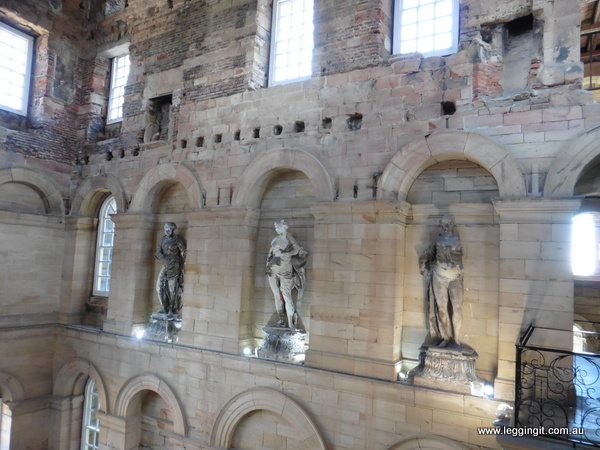 When we arrived at Seaton Delaval Hall, we were impressed by the grounds and gardens. Inside the mansion its interesting to see the walls without the plaster covering. It shows how materials were reused during construction. There’s also the repairs in 1840’s, damage during the fire, and the two rooms which survived. They show what some of the house would’ve looked like. One of the wings is a museum with lots of family portraits and furniture. 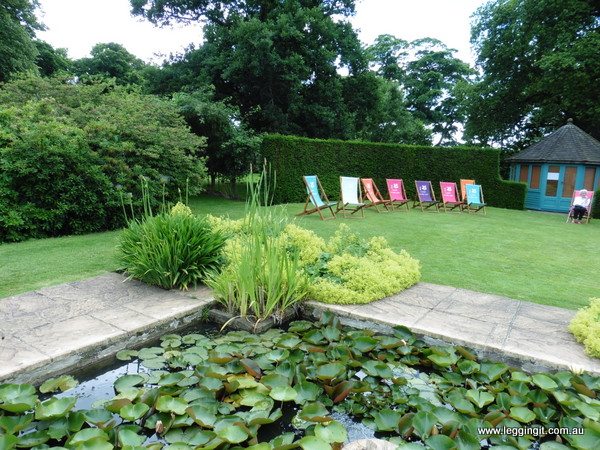 There’s a kids playground, stables, cafe/restaurant, hedged formal and more traditional gardens surround the house. Unfortunately the cafe in the garden was closed on the day we were there because it is the perfect setting. Click clack chairs surrounding a water feature amongst hedges and vine covered tunnel.

Church of Our Lady 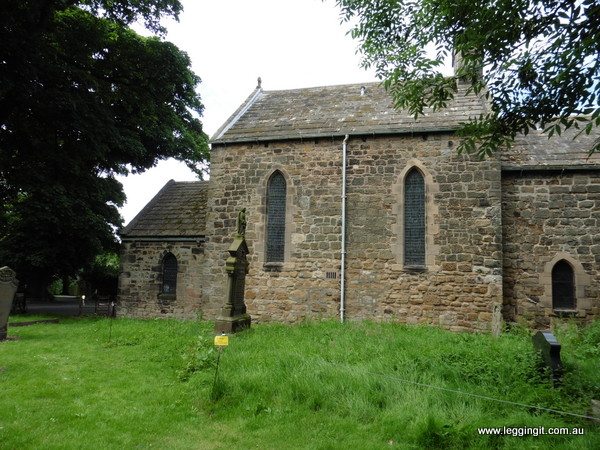 The gardens also lead to the Church of Our Lady, which was built as a chapel by Hubert De Laval and dedicated in 1102. We were greeted by one of the church wardens who was keen to show us around and tell us the story of the church.

He told us how the De Lavals were loyal supporters of William the Conqueror at the Battle of Hastings, so were given land in the 1080s as a reward. The church was under a work order when we visited because the keystone in one of the arches had cracked causing the arch to sag. Therefore we could only peer from the door. 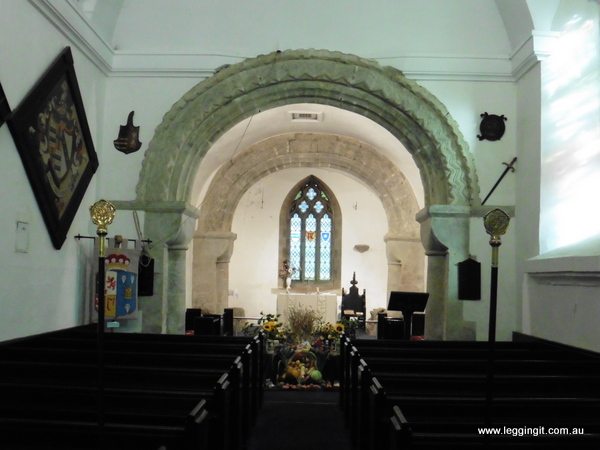 Inside however it was a beautiful with hatchments (painted coats of arms) adorning the walls of the families who owned the estate the Delavals, Astleys and Hastings. Also the church has features from different periods of its life, blocked up Saxon windows, Norman arches, and Georgian ceiling. W also learnt that nearby the church there was a ancient village which was moved to new housing at nearby Seaton Sluice after the war.

The church still has a congregation who are desperately trying to raise funds to repair the church. We wished them well as it really is a special place.

# Update October 2016 : The Church Community has now raised enough money to do the first stage of repairs. They are hoping to have the Church open again to the public from late 2017.

As it was a nice day we took a ride through nearby Whitley to Tynemouth before heading north along the coast. We certainly have been making the most of our National Trust membership especially around Newcastle as there’s so many properties to explore.