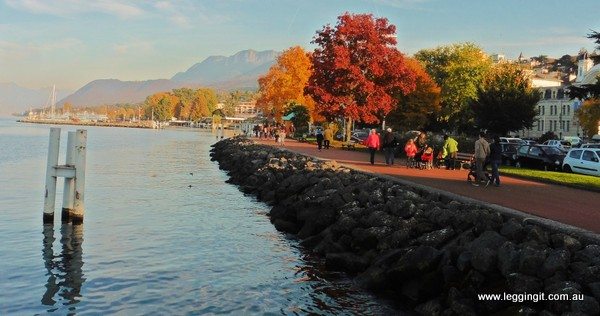 With our housesit over it was time to say goodbye to Camper (and his family) and pack the Princess for our trip to visit friends in Zurich. We had been unsure of when we would get away so had decided to stay in Evian (about 30kms away)  for the night and continue our journey the next morning.

We got a really good deal on a hotel with a view over the lake which was a bonus. We found a cafe to watch the Australia vs Argentina Rugby Union game then enjoyed pizza for dinner before turning in as we knew it would be a long ride.

After a simple breakfast of croissants and coffee at a patisserie the next morning,  it was time to pack the bike and head off.

Switzerland has a highway vignette system where if you don’t have a vignette you cant use the highways. They cost 40 Franca ($56 Aus), we decided that it was too much to spend to use highways for two days so we didn’t buy one we’ll be taking the back-roads. If you get caught using the highway its a sizeable on the spot fine of 200 francs ($282 Aus) so not worth the risk.  We had tried to plan a route last night, avoiding highways, using google maps but it became impossible. It seems Google maps is programmed to use highways so we gave up in frustration. The Satnav had calculated an extra 200 km’s avoiding highways but when we turned it on this morning it actually calculated about 5 km’s shorter than using highways so we were happy with that.

Heading out of Evian the road was closed by roadworks with a deviation which diverted us back up through town towards St Ganolphi. Once again it seems that French road workers haven’t grasped the concept of diverting traffic for after the first signs we had to find our own way.
Luckily we had the lake as a reference point and soon we found our way back onto the right road. The Swiss border guards didn’t even look at us as they waved us through. Strangely this is the first border that’s been manned since our arrival in Switzerland and we’ve crossed the border about a dozen times. The ride along the lake was amazing with cottages right on the water, stately homes and vineyards stretching up to foggy forested hills filled with autumn colours. We just rode along with our mouths open at the beauty. 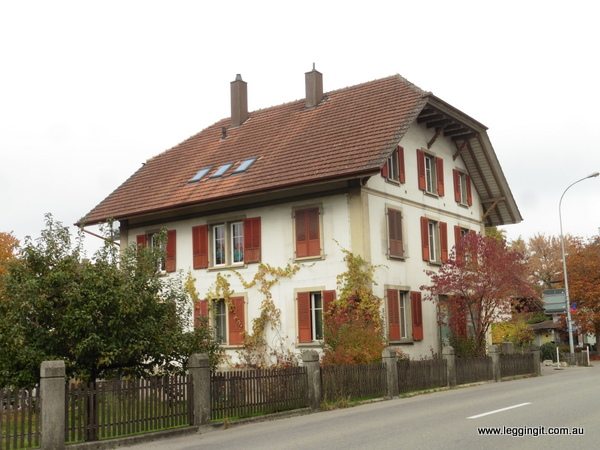 Crossing over the valley floor and along the edge of the lake towards Montreux the sun was out in all it’s splendour. It’s easy to see why they call this place the Swiss riviera. Beautiful mansions, views of the lake, boats, and ornate gardens what more could you want. 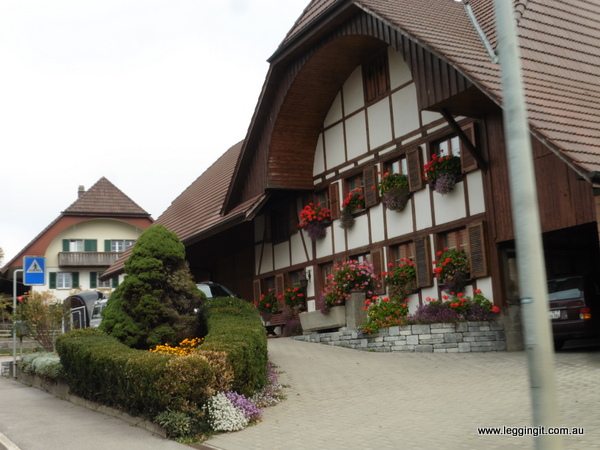 As we zig zagged up the hill at Corseaux surrounded by terraces of vineyards we thought can this get any better. Grapevines, views of the lake, beautiful houses, sunshine……and then at the top of the hill we passed under a rail bridge it seemed like passing through a portal into another world. Gone were the grapevines and sunshine replaced by forests, farms, fog and frost. It was really dark,  gloomy and cold. The fog lifted a bit around Lyss and we passed through lots of little towns with lots of houses with old barn style roofs. They were just so quaint and Swiss. The rest of the ride was really nice, with lots of sunshine and great views. 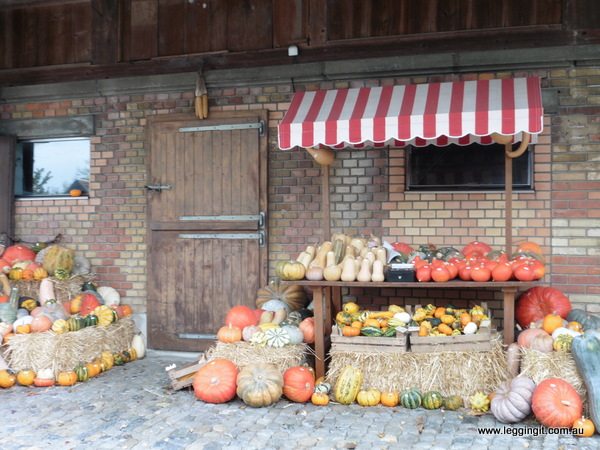 One thought on “Geneva to Evian to Zurich”