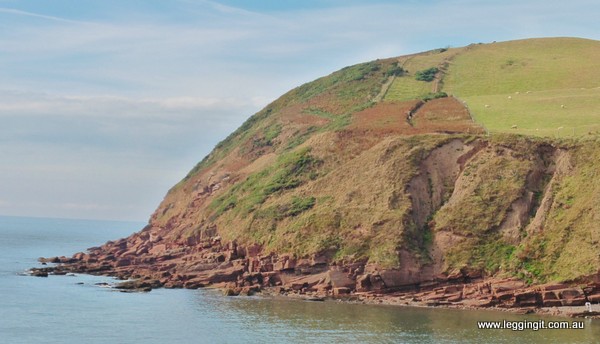 We were greeted with a full English Breakfast at our B&B at Carlisle and it was delicious. We do not have them every day while we are travelling as you would get sick of them but once a week or so is a real treat especially if you are not cooking it.
What we hadn’t realised on our planning was how close Bootle was to Carlisle. So we packed the bike for our quick 30 mile run down. Our stay was really nice and our host sent us on our way with a jar of her homemade gooseberry jam.

The trip down through Workington and Whitehaven was unspectacular. They both showed signs of towns where industry had boomed, busted and moved on. The towns had then had to reinvent themselves as many locals had moved away and unemployment had become a scourge of communities.

We met a local in Whitehaven who’d returned from a thirty year self imposed exile in the USA. As he walked down his own personal memory lane he pointed out landmarks and told the stories of the area. Whitehaven was named by the Norsemen who invaded the area, was also home of Mildred Gale, George Washington’s grandmother and William Wordsworth’s family.

Whitehaven was a major trading port attacked by John Paul Jones (father of the American Navy) in the 1700’s. The raid was unsuccessful the first time due to poor winds and the second time due to his raiding party imbibing in the local rum. In his honour there’s a local pub named after him and its decked out like a captains cabin in a buccaneers ship. There were stories of secret tunnels under the town leading to the sea where smugglers moved their wares under the nose of the authorities. 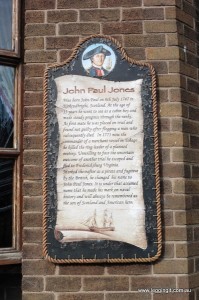 In the Industrial Age Whitehaven was the second place to have an undersea pit to mine coal and they operated up until 1985 when they finally ceased operations. After two hundred years of being a coal town suddenly it was all gone and the town is still struggling.

We stopped for lunch at a local social enterprise cafe where people with learning disabilities are mentored and given the skills they need to staff the cafe. They’re great community projects which give people a real sense of worth. /we always try and support them on our travels if we get the chance to.

Further down the coast we stopped at the little village of St Bees with its Norman Priory. There’s also a nice little rocky beach which contains the remains of the steamship Izario which ran aground in fog, the local Lifeboat Station and is also the start of the coastal walk.

The ride down the coast was pretty uneventful however the views got better as we neared Bootle. Our accommodation was pretty cool situated in an Old Rectory. The owners Michael and Joan have a hobby farm with a number off pigs, a variety of different birds and vegetables. One of the real bonuses are they have a dinner for the guests, it was wonderful getting to know everyone. Reminded me of our dinners when we were hosting couch surfers. Here is the link to their airbnb profile.