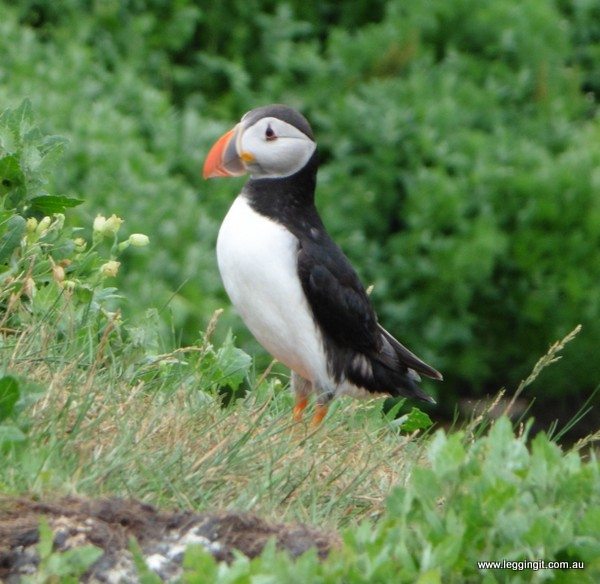 Today was one of those days you dream about, bird watching with Billy Shiel. Let me explain further,today I ticked something off my bucket list: see Puffins in the wild. I’ve dreamt about it for years and I’ve finally seen them. It was magnificent and well worth the wait. 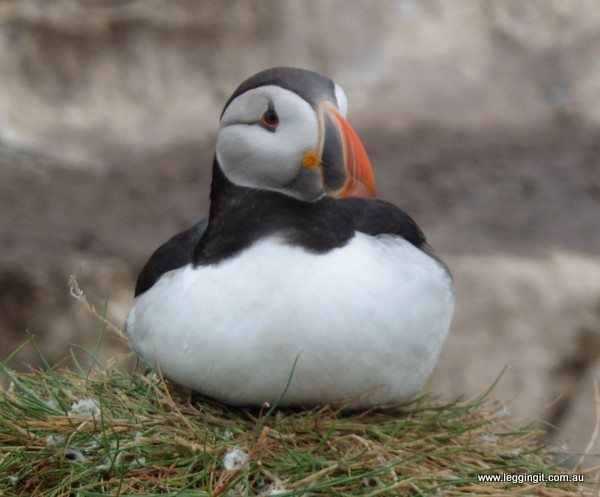 Last time we were in Northumbria we discovered there’s a Puffin Colony on the Farne Islands, two miles off the coast, however we were out of season. This year we thought we’d missed them again as a lady in Norfolk had told us that they’d already left, but she was mistaken (thank goodness).

After checking the weather we booked a tour online through Billy Shiel. They had a range of tours from an all day bird watching tour stopping at Inner Farne and Staple Island, to shorter tours to either of the two islands. There’s also tours to Lindisfarne Island (the holy island), seal, whale, coastal and fishing cruises. So a good range of options to choose from , god value too…it was £15 for the tour we chose and that lasted 3 hours. 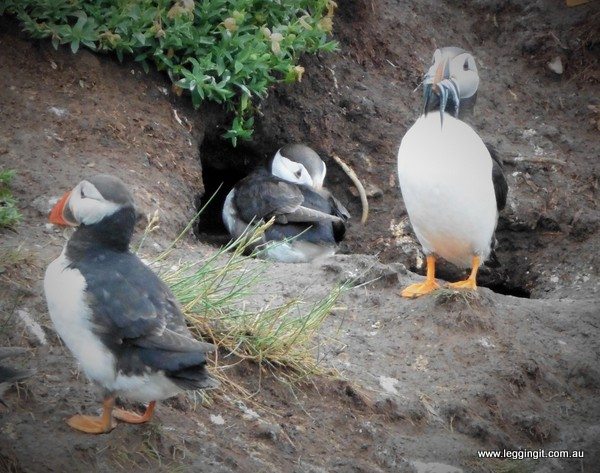 The tours leave from the small coastal village of Seahouses. The ride down was pretty scenic, windy lane ways, lots of old houses and rolling green fields along the way. Seahouses has a number of charter companies that offer tours, however we were quite happy with our choice.

At Seahouses quay we boarded a big old fishing boat which slowly chugged us out to the islands. It was amazing the amount of birds sitting on the water as we approached the islands there were thousands. Cormorants stood on the edge of the islands wings stretched and drying. As we edged closer to the islands thousands of Black faced Guillemots and Kittiwakes were hurrying back and forward from their nests.

Then we noticed the stubby wings of a Puffin as it made its way home. Yes I couldn’t believe it I’d finally seen a Puffin! Then there were hundreds of them with bright orange beaks stuffed with sand eels shuttling back to their nests. 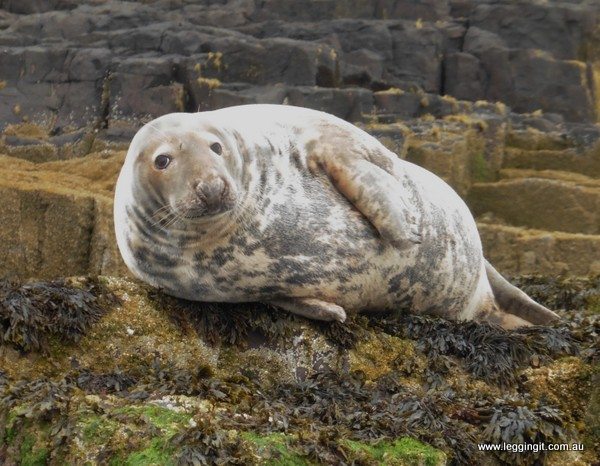 The boat took us around the various islands and it was amazing how many birds we saw. There were also lots of grey seals, in fact the most amount of seals we’d ever seen before.

Landing on Staple Island we were able to get an up close look at all the different species of seabirds. We were surprised to find that Puffins nest underground. 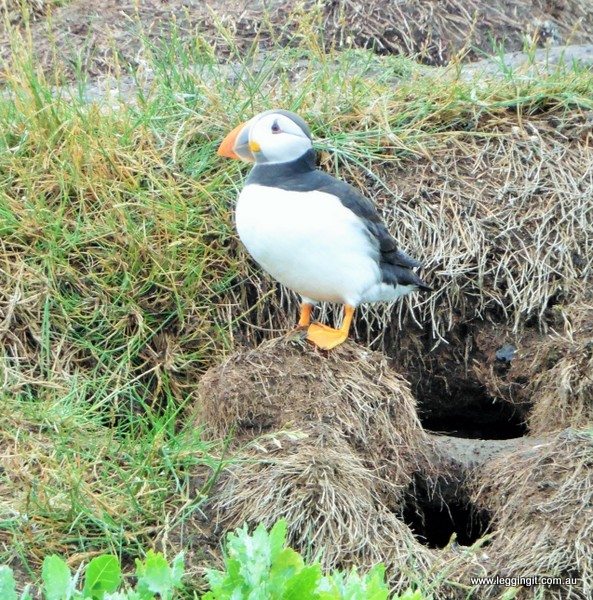 As usual there were also scavengers, different types of gulls but all with the same objective. Steal someone else’s food. As the Puffins with their beaks filled with food flew into their rookery the gulls were ready to pounce. The smarter Puffins landed at their tunnel entrances and in one smooth action scurried inside to protection. However, not all were wise to the gulls. 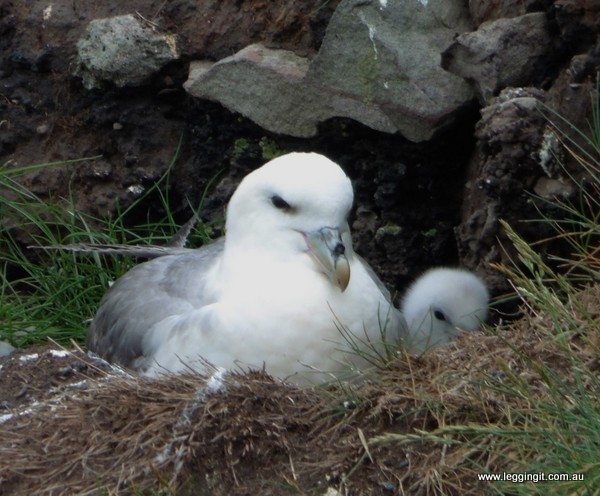 On the rocky edges of the island there were cormorants, guillemots, kittiwakes, gulls and other types of birds with chicks at all different stages. We spent an hour on the tiny just watching in wonder at all the birds. 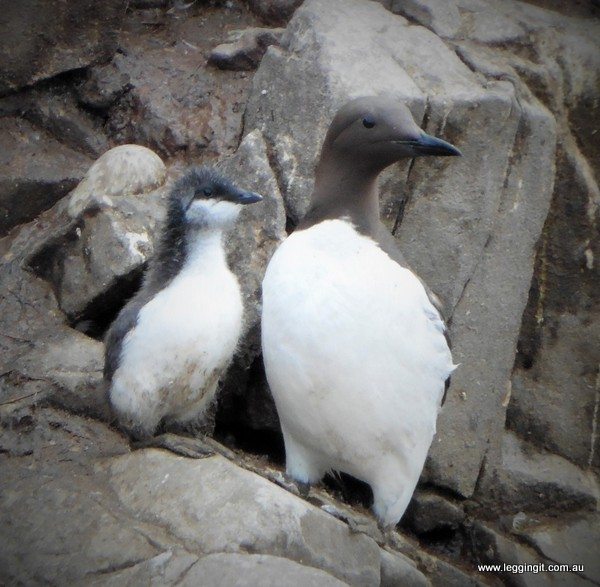 Heading back we passed Inner Farne the largest island with its church to St Cuthbert who died on the island in 687. We also passed the island of Harcar where back in 1838 Grace Darling and her father (a lighthouse keeper) rescued passengers from the paddlesteamer, Forfarshire which had struck the island and sunk.

Arriving back in Seahouses we found a nice little cafe in the quaint little village which is filled with lots of cafe’s, pubs, restaurants, and various eateries. A really nice spot to take a break and contemplate a nice day out enjoying the wondrous bird life of the British Coast.