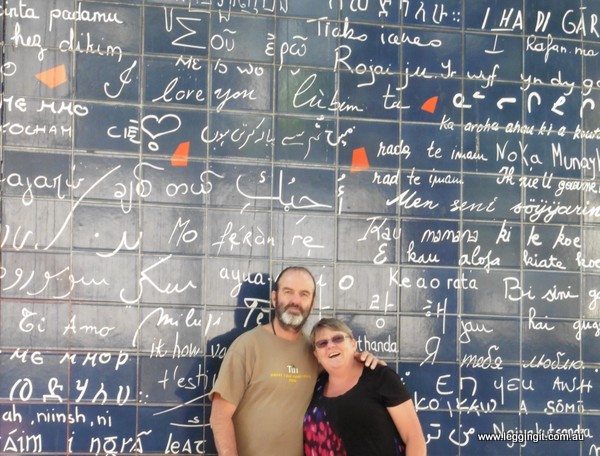 We’ve been on a few tours of this lovely part of the city in the past, but recently we visited Montmatre twice in one week. We were thinking well we’ve been on the walking tour and we’ve been on the Montmatre at night tour what else is there left to see? Well there’s still heaps as we discovered when we took a  Paris Greeters Tour with Marie-Antoinette.
We had taken a walking tour in London with the Greeters group we contacted them again for a tour of Paris. Greeters is an organisation of volunteers who welcome tourists in their city or region, and show them around for free. It’s a bit like free walking tours (well actually free walking tours have an expectation of being tipped at the end of the tour) only there are no expectations of payment at the end so there is no emphasis on money. A few of the “Free Walking Tours” we’ve been on have concentrated too much on getting as many people on the tour so the guide and the company make more money. The Greeters tour is a no pressure tour where the Greeter shows you around their neighbourhood as they would do with friends or family. Greeter tours are available in many cities and you can find out where on their website. 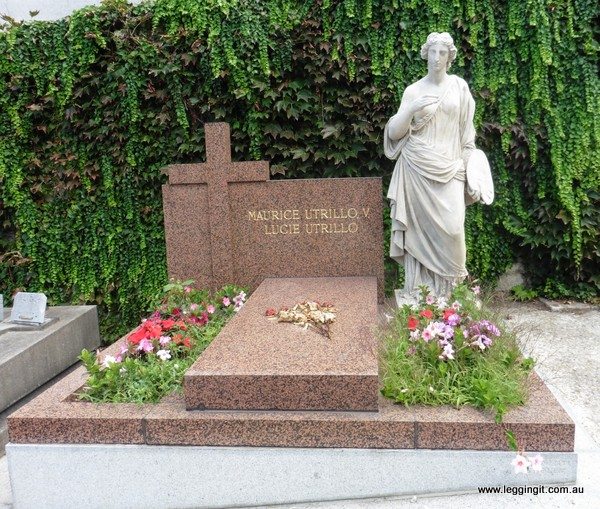 Our greeter Marie-Antoinette was a really nice guide who informed us it was her first tour. She need not have been worried because she was a natural. Our first stop was the Cimetière Saint-Vincent in Montmartre where we visited the tomb of Maurice Utrillo. He’s not an artist we’ve heard of before but we soon learnt that he was one of the few locally born artists and specialised in painting streetscapes and in particular images of Montmatre. Many artists had studios or shared rundown buildings in Montmatre because until recently, it was the cheapest suburb. Over the years there’s been lots of artists such as Salvador Dalí, Amedeo Modigliani, Claude Monet, Piet Mondrian, Pablo Picasso, Camille Pissarro and Vincent van Gogh.

We visited one famous hangout the Agile Lapin (the skinny rabbit) where Picasso used to draw pictures on napkins for the waitresses in exchange for food. These days it hosts a small cabaret which is supposedly good. Across the road one of Montmatre’s famous vineyard still grows and is turned into a local wine that according to Marie-Antoinette tastes like old boots and costs an arm and a leg. 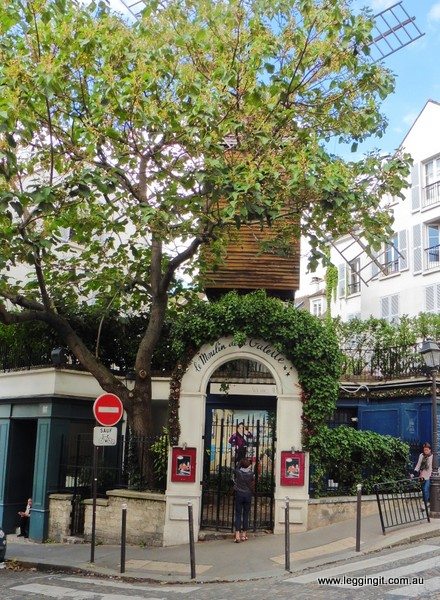 Many years ago Montmatre was also an area which quarried gypsum to produce Plaster of Paris and at one time there were about 24 windmills grinding the gypsum into a fine powder. There’s still two left, one of which has been turned into a cafe club and across the road is supposedly one of the best local theatres. It’s not huge but it’s high quality.

At the end of the adjoining alley is the former home of Dalida a famous French singer and actress.
Some interesting facts about Dalida are she is among the six most popular singers in the world. She also received 70 gold records and was the first singer to receive a diamond disc. She sold over 170 million albums and sang in 10 languages. Sadly although loved by fans worldwide in 1987 she committed suicide. At Place Dalida a brass bust of her is one of the stops for all tours. 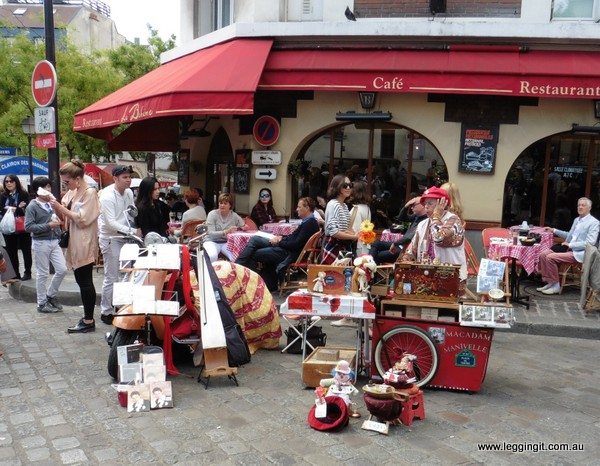 As we climbed higher up the hill we hit the main tourist area with people everywhere. Cafe’s spilled onto the streets, and around the artists square all sorts of artists sketched, painted and dabbled. It’s was interesting seeing the different painting styles and subjects. One row of artists were all portrait artists and six or so were busily sketching different people with differing success, some good some not so good. Another group painted typical Montmatre scenes whilst another the standard Paris scenes, the Eiffel Tower being the most common. Nearby an old lady cranked an old music box whilst singing Edith Piaf songs to an appreciative crowd of onlookers. 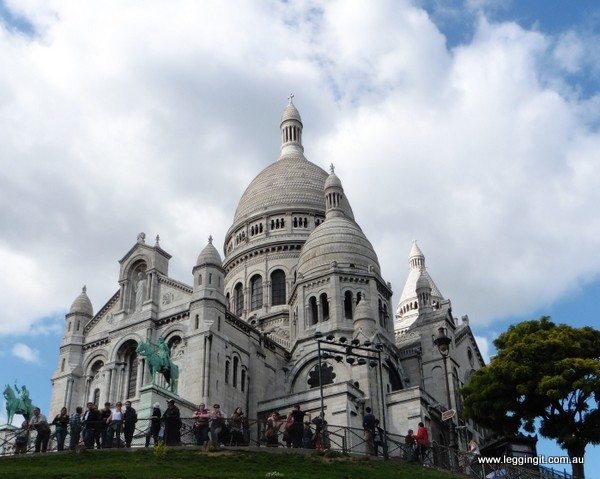 As we walked towards Basilica Sacré-Cœur we were overwhelmed by the size of the crowds around it and stretch ing down the stairs. Our last stop was the building named Le Bateau-Lavoir, (the washing boat)well where it used to be. It was a rundown building where all the struggling painters lived, worked and met including Kees Van Dongen, Pablo Picasso, Henri Matisse, Georges Braque, André Derain, Raoul Dufy, Marie Laurencin, Amedeo Modigliani, Jean-Paul Laurens, Maurice Utrillo, Jacques Lipchitz, María Blanchard, Jean Metzinger and Louis Marcoussis. It was also the place where Picasso painted the first example of cubism, Les Demoiselles d’Avignon. 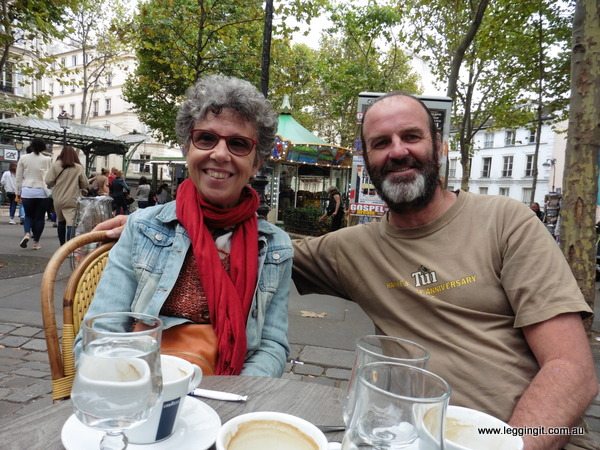 After such a wonderful tour of Montmatre we found a lovely cafe to enjoy a coffee and the last rays of the afternoon sun with Marie-Antoinette. It was a wonderfully intimate tour with insights from a local perspective. A definitely different experience of Montmatre. Tomorrow we visit the former home of the Kings of France.

13 thoughts on “Paris Greeters – Tour Paris With a Local”