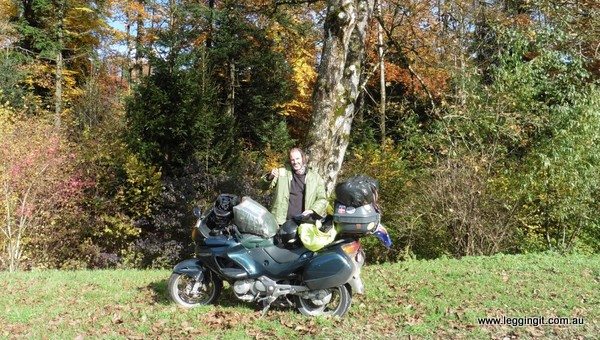 The time had come for us to leave Zurich and get on the road to Grenoble to visit more friends.

Slight drizzle greeted us as we packed the bike and after saying goodbye to our friend Karin, we climbed aboard and headed out of Zurich. It was really nice spending some time with Karin and Aaron with their new baby. We last saw them in Phnom Pehn, Cambodia when we were travelling overland from Malaysia to the UK back in 2013.
As we reached the outskirts the weather started to lift but the going was so slow and after an hour we’d only travelled 35 km’s. As its a long distance today we had a break regardless at a Macca’s and had a chat to some English guys laying bitumen in Switzerland. One guy had recently been in Aus so it was great hearing about home.
We decided not to buy a vignette (as we explained in this post)so we can’t travel on any highways so our plan is to head towards Bern then towards Lausanne, Geneva before getting over the French border and getting on the motorways all the way to Grenoble. The next leg was heaps better the sun came out and we started to eat some miles up. The drive down through the centre of Bern canton took us through Safenwil, Aarburg, Herzogenbuchsee, Lyss and a few other villages with lovely old Swiss style houses.

Around Fräschells we were surprised when we saw a herd of Bisons, or maybe the European version the Wisent. European Wisent were hunted close to extinction with less than 50 left in zoos the early 20th century. Since then a program to reintroduce animals into the wild has brought the Wisent back from the edge of extinction.

It was interesting passing from the German speaking Bern region into the French speaking area around Avenches with signs in French.

The weather was magnificent as we passed through the Lausanne area with vineyards stretching up into the hills and finally some great views across the lake. It’s been the first time since the day we arrived in Switzerland almost two weeks ago that we’ve been able to see across the lake. 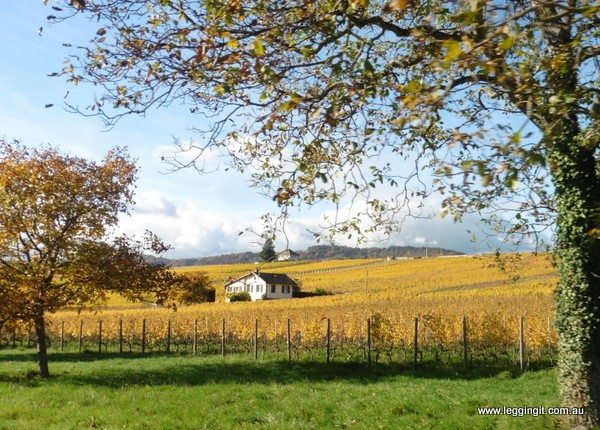 As soon as we passed across the border of Switzerland we got onto the motorway to Grenoble. With a speed limit of 130 kph it’s easy to eat up the miles. The down side is the views are pretty boring and everybody drives like they’re possessed by demons. The pay booths were a real hassle with trying to find the paper ticket in my jacket, straightening the creases out and inserting it. Then the machines wouldn’t take cash and before I could find the credit card in my many layers of jackets the machine timed out. Ahhhh Three times we went through the process and had to get staff assistance.

It was dark by the time we reached Grenoble but our friends Cath and Denis welcomed us with open arms and great home cooked meal. Welcome to Grenoble.

2 thoughts on “On the Road to Grenoble”