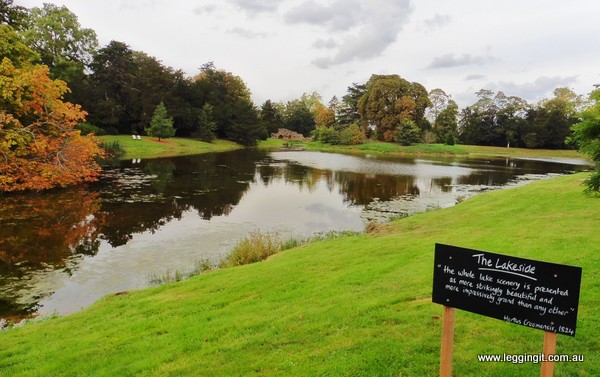 It was a glorious day as we headed out to Croome Court. Croome Court is an 18th Century Mansion set amongst man made rivers and lakes. The mansion was the former home of the Earls of Coventry, the richest men in the country, and the current shape is due to the 6th Earl and a Landscape designer Lancelot “Capability” Brown.

During our walk inside the mansion one of the guides showed us around the basement pointing out how the mansion was transformed from a wattle and daub Tudor house to the current structure. It really was fascinating. Also in the basement a shoe rack is an interesting interactive display linking some of the former residents of the house. A pilots boots with a sweethearts picture inside the heel, an escape map, knife compass. A lady’s shoe with words describing the forthright former lady of the house. A Hari Krishna sandal, and soldiers boots all representing people who lived here.

During the war years the Dutch Royal Family lived here and the grounds were transformed into a military base. The house was later sold and bought by Hari Krishnas who repainted some of the rooms in the most gaudy colours.

The grounds of course are part of the magic of Croome with a man made river which replicates the Severn and took 12 years to complete. As the house was originally in the middle of a swamp the grounds were drained and the water diverted with a complex drainage system underground. Walking around the lake there are bridges, and islands, a grotto and pavilion. Also hidden in the tree branches in the grounds are statues of exotic gold and silver pheasants which once graced the estate.

Also in the grounds is the family church, by no means a small structure, a rotunda, a pavilion housing exotic plants and an early ice room.

There were walks through the gardens with wildlife hides where it was easy to spot local birds, voles and squirrels. Lots to see and enjoy

Also on the grounds is a military museum which unfortunately was closed while we were there and a cafe which is mocked up like a war time NAAFI.

It was a great place to visit and its easy to see why local people just come for a picnic in the grounds.

As tonight was our final night our hosts treated us to some traditional English food, Chicken Tikka, daal, naan bread and heaps of other delights. The food was fabulous.

Tomorrow we hit the road again and head for Wales, however the weather forecast isn’t too good for the morning so fingers crossed they are wrong….