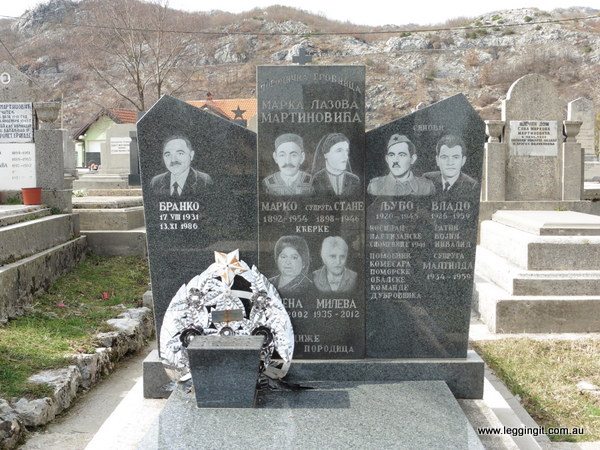 Cemeteries Around the World Part 9

Another group of interesting cemeteries for you to add to your growing list. The picture above is from  a cemetery we discovered near Cetinje in Montenegro. It was fascinating wandering around and seeing the graves showing whole families of different generations, many showing medals from the Austro Hungarian Empire. 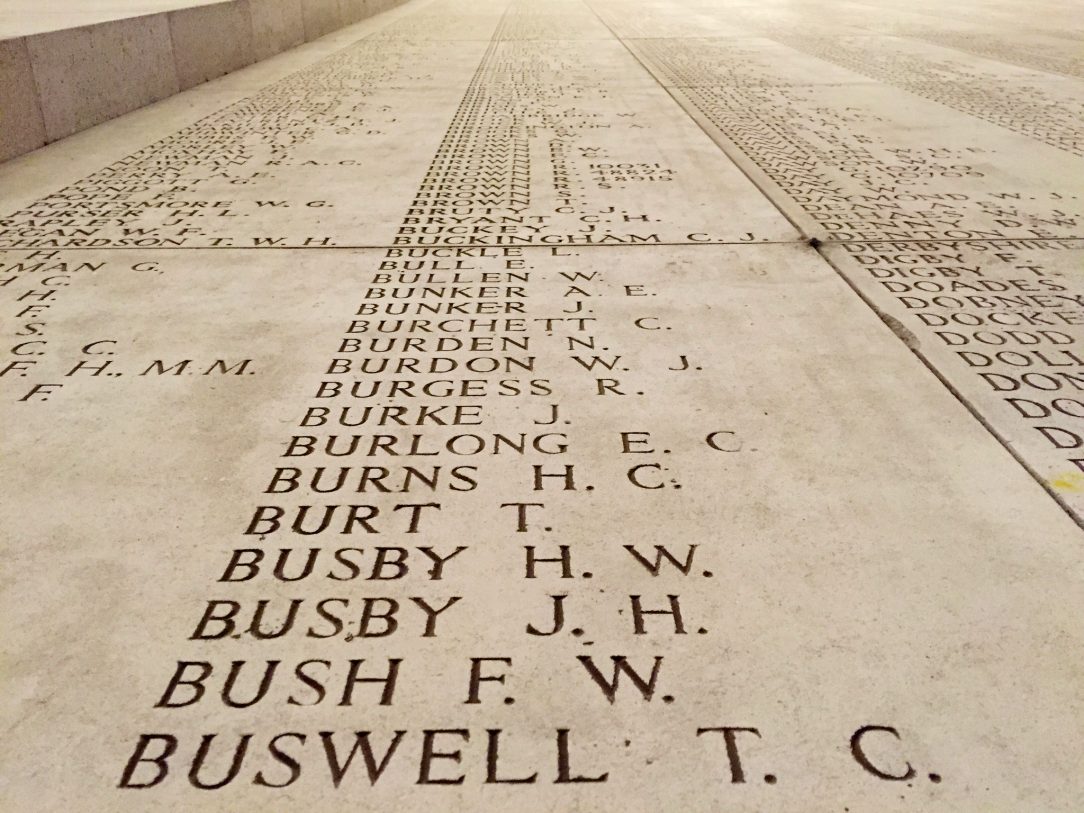 Naomi from Probe Around the Globe

When my boyfriend suggested we’d go to Ypres, in Belgium, I didn’t know what to expect. He convinced me it wasn’t all about World War 1, but the Great War, does way heavy on the city. We first visited the “In Flanders Field’s Museum” and I was deeply impressed with the impact the war had on the area around Ypres. At 8.00 pm, we attended the Memorial Service at the Menin Gate. The Menin Gate was erected to commemorate the unknown soldiers who have died during World War One. Each evening, at 8.00 pm, members of the local fire brigade hold a service. They play the “last post” and a minute of silence will fall upon the area. For many people, the first World War is far away and out-horrored by the 2nd World War. But for the people of Ypres, the first World War had such an impact on the region and they salute the fallen soldiers who died to fight for their freedom. 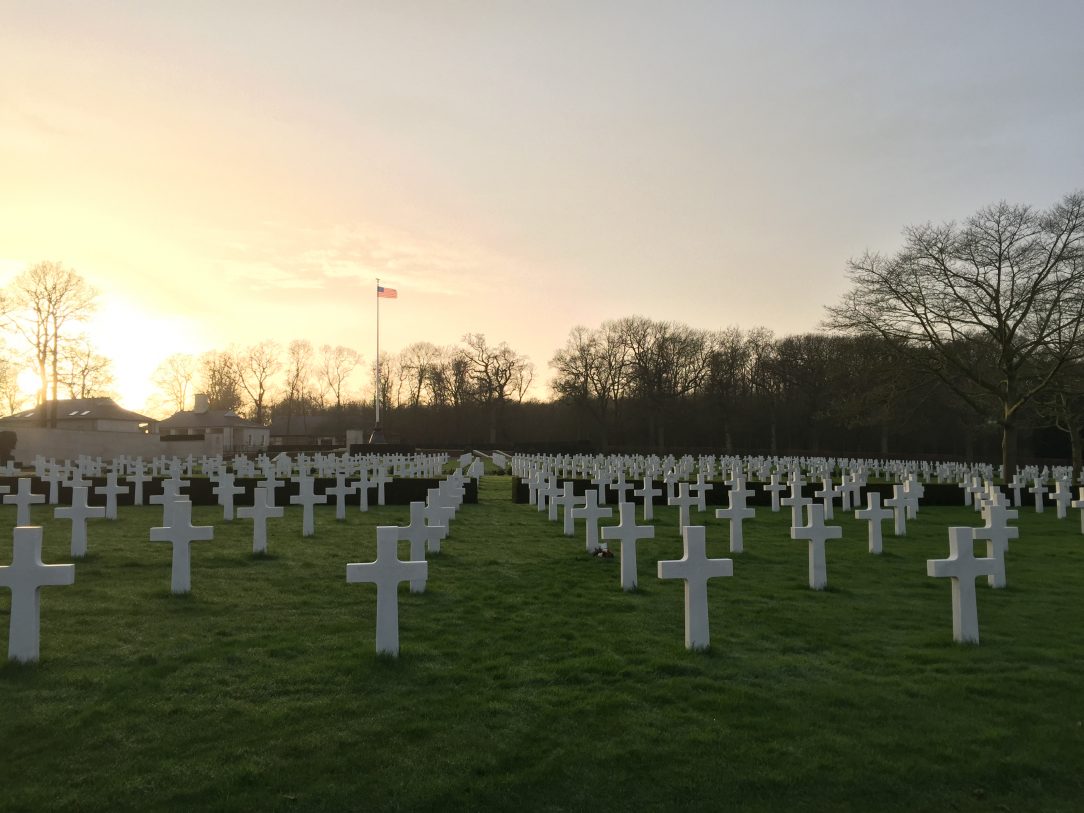 The American Cemetery is located just outside of Cambridge, UK and is the only American WWII cemetery in England.  If you’re in Cambridge, it is well worth the trip whether you’re American or not.  The Visitors Centre has recently been redone and they have a gorgeous set up – some history about the war, interactive displays, as well as the bios of some of the soldiers who are buried in the Cemetery.  It’s a somber experience, but a beautiful one, containing close to 4000 graves, along with a Chapel and the Wall of the Lost, a list of 5000 soldiers who were MIA in the war. 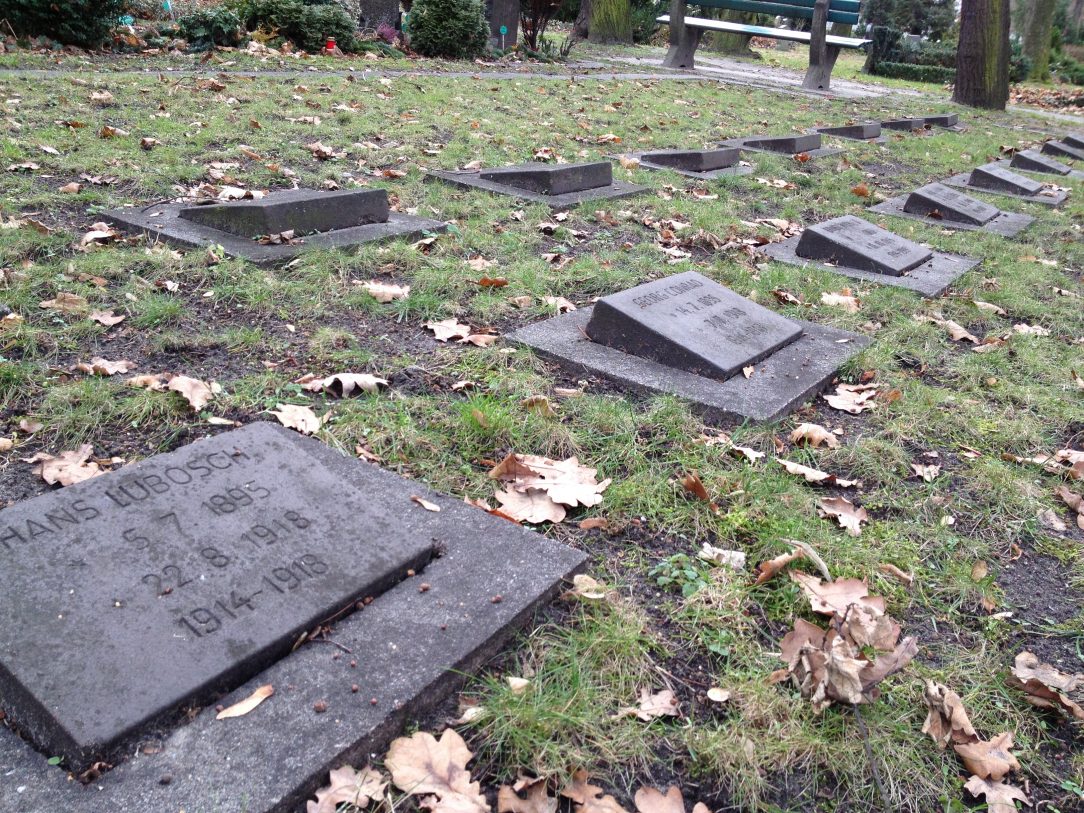 Esther from Trip to Adventure

“Berlin is full of history and, unfortunately, also of war history. Next to the memorial of the Berlin wall in the Nordbahnhof, there is a cemetery that deserves a walk around: the Friedhof der Sophiengemeinde. One can observe all of different war and conflict stages in that cemetery, from soldiers of the First World War and the Second World War to people that defected during wall times. Our explorer side wanted to find tombs for all the different periods and the photo above shows some from the WWI” 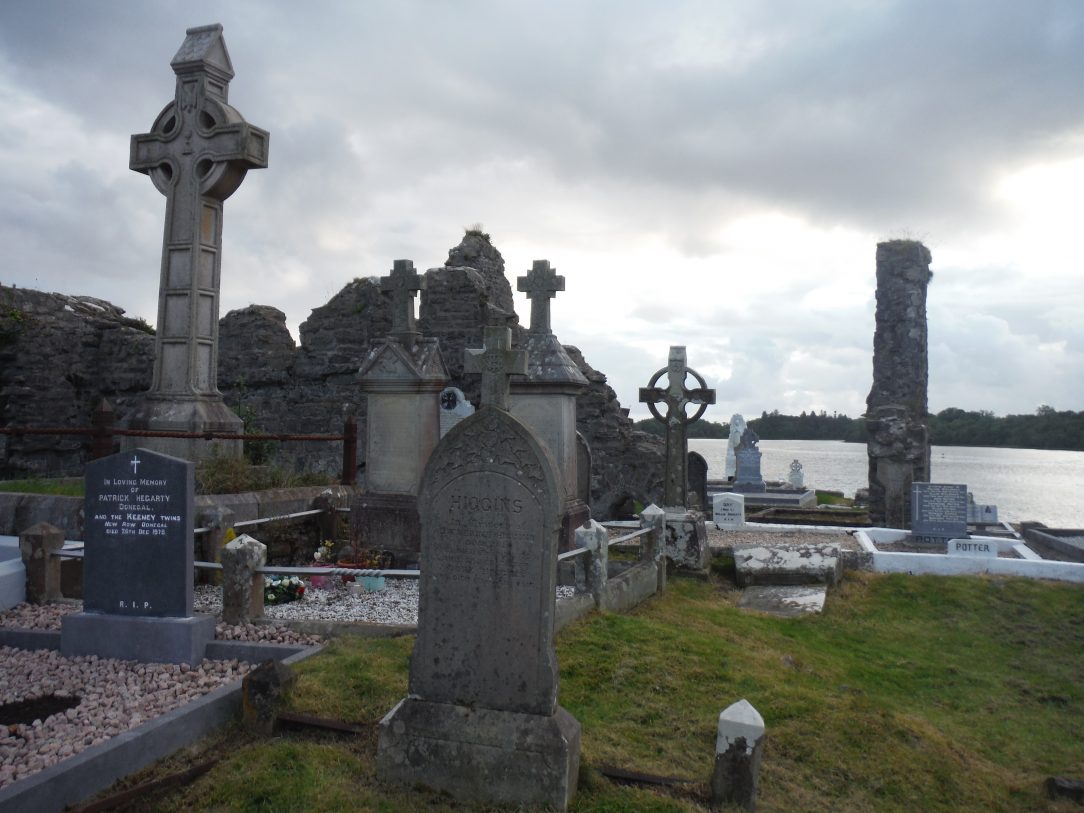 This old cemetery in Ireland was beyond stunning. I spent hours walking around, unable to read the etchings on most of the tombstones as they were too ancient to remain visible. Who were these people? What were their lives like? I morbidly pondered how they died as I walked around, a strange sensation encompassing my body. The following day, I went to a nearby cemetery in which there were no tombstones at all; they merely had a field with unmarked graves. A sign indicated that these unmarked graves were for those who dyed in the famine of the 1800s – the poor people, that is. The contrast of the first magnificent cemetery for all those who could afford it, compared to these unmarked graves was nothing short of eerie, but a beautiful experience nonetheless.

Please remember if you have a cemetery to add to our posts you can email us at admin@leggingit.com.au